Buffalo Place serves as an advocate and steward for Downtown through its multifaceted roles with partnering organizations and businesses.

This includes representation and varying levels of input and responsibility with both the public and private sector. Advocacy, counsel, history, and fine-detail data are shared externally on a daily basis. Our board of directors encourages our team to always keep the best interest of Downtown front of mind during daily and annual strategic decision-making processes.

The Buffalo Place team plans, manages, and executes an exciting series of annual public events and initiatives to present a positive narrative to visitors, employees and, residents. The organization has a storied history of presenting large-scale public events Downtown, which generated additional monies to invest back into the district and created positive memories for hundreds of thousands of attendees. ​

Buffalo Place’s current roster of special events and initiatives includes the Downtown Country Market, Queen City Social, Downtown Christmas Tree Lighting Celebration, and free ice skating at Rotary Rink in the winter. The initiatives are our public face. While the names and details of the annual initiatives have shifted since the incorporation of Buffalo Place, the purpose remains the same: to encourage visitors to travel Downtown and to attract private/public investment.

We are equally proud of our past special events, which include the inception and 27-year production of Thursday at the Square, a tremendously popular outdoor music and happy hour series; 14 seasons of Buffalo Place Rocks the Harbor, a waterfront music festival; and three years of Buffalo Bike Blast, an event created to celebrate Harley Davidson’s 100th Anniversary.

Thursday at the Square holds a particularly special place in the minds of the hundreds of thousands of staff, guests, and musicians that made it a resounding success for so many years. Held weekly every summer from 1987 through 2013, it was a wildly popular free and open-to-the-public outdoor concert series created to encourage workers and visitors to stay Downtown after business hours and patronize establishments following the concert event. It spent most of its lifespan at Lafayette Square before Buffalo Place moved half of the series to the Erie Canal Harbor Central Wharf, now called Canalside, to celebrate it 25th season. At its peak, a single Thursday at the Square event could attract 15,000 visitors.

In 1998, the Buffalo Place Rocks the Harbor weekend music festival was developed at the request of Empire State Development. Each summer through 2013, Buffalo Place produced several weekend concert festivals to familiarize the Western New York and Southern Ontario communities with the Buffalo waterfront. ​

How is Downtown doing, and how do we know? Buffalo Place collects information to make it easier for businesses to locate Downtown and for private individuals to invest in our community. Our data collection focuses on:

Buffalo Place was awarded three New York Main Street program grants (in 2007, 2011, and 2015) by New York State’s Office of Community Renewal, totaling $1 million for Downtown building renovation and streetscape improvements. Twenty-three projects in the 400, 500, 600, and 700 blocks of Main Street were assisted, leveraging $4.5 million in private investment. Streetscape funds were used to straighten out Curtain-Up Alley and to purchase benches and litter receptacles for public use on the street. ​

Buffalo Place is working with the City of Buffalo, Niagara Frontier Transportation Authority (NFTA), and Congressman Brian Higgins’ office on returning vehicular traffic to Main Street in Downtown Buffalo. Cars were removed in 1982 when the Metro Rail system, including the pedestrian-transit mall free-fare zone, was built on Main Street. Metro Rail has benefited Downtown and our region. However, the transit mall, completed in 1986, limited access to Main Street and contributed to diminished occupancy and development, especially for first-floor storefronts.

The Cars Sharing Main Street project team has worked since 2001 to develop a design concept, secure environmental clearance, and launch final design and construction for reintroducing automobiles to Main Street. The plan to create a “pedestrian street” with the addition of automobile lanes, while retaining generous sidewalks and amenities, has proved to be a successful solution. The section of Main from Edward and Goodell to Mohawk ​ Street, completed between 2008 and 2015, now boasts new storefront businesses, while upper floors have been filled with residents and employees.

The next phase of Cars Sharing Main Street is lower Main between Exchange and Scott Streets as of June 2018. The project will coordinate with NFTA’s construction of a new rail crossover inside the DL&W train yard. ​ ​

The Cars Sharing Main Street project includes interpretive signage featuring the history of Buffalo’s Main Street. Ten signs between Edward, Goodell, and Mohawk Streets have become a virtual museum, telling the unique story of Main Street over the last 200 years. Three more signs will be installed in the lower Main Street area by 2020. Eventually, all of Downtown Main Street will be part of the exhibit. The reverse side of the signs features a pedestrian level “You Are Here” directory of nearby stores, services, restaurants, galleries, lodging, and entertainment venues. ​

Our 2005 national award-winning plan The Queen City Hub: A Regional Action Plan for Downtown Buffalo (click to access volumes one​ and two) guides the activities of Downtown based on principles the local community deemed important. A collaboration of the City of Buffalo, the Urban Design Project of the University at Buffalo, and Buffalo Place, The Queen City Hub​ plan reflects input and participation of dozens of public and private sector constituents and thousands of citizens and stakeholders. ​

The Queen City Hub​ plan provides discrete recommendations for nine Downtown topic areas and a course of action based on quantifiable research for each of these categories. The goal of the plan is to spur development and create long-term, substantial growth. Over time and through changing administrations, the plan helps to shape a single vision for Downtown. ​ ​

Buffalo Place has a long-time interest in supporting Downtown occupancy and vitality by investigating and addressing access and infrastructure issues. Board members note considerable interest in Downtown as a place to work and locate a company, but building owners, managers, and employers must be able to explain how employees will travel to and from Downtown.

An Access & Infrastructure Committee was formed to evaluate current access conditions and make recommendations for improvements to support Downtown. A comprehensive Access Study of Downtown is underway, with results to be posted here.

Buffalo Place makes improvements to public spaces to complement private investments and enhance the public’s enjoyment of Downtown. Our initiatives include:

Buffalo Place lends operational and maintenance support to large-scale third-party events within Downtown, including the Taste of Buffalo, Curtain Up!, Puppy Parade, and the Buffalo Ball Drop. Additionally, our operations team is deployed at Canalside to provide daily maintenance. ​ ​

The Rangers serve as an on-street point of contact, answering questions and providing directions to restaurants, theaters, entertainment venues, parking, and buildings. Downtown workers have the capability to request a vehicular escort. Speak to your building’s security officers or call the Buffalo Place Rangers at (716) 854-RIDE (7433) to request your escort.

Hours of Operation: Monday through Friday from 8am to 10pm (escorts from 2pm to 9:30pm);

Saturday from 10am to 4pm

In an ongoing effort to foster a safe Downtown environment, Buffalo Place leads a committee of security directors, business managers, and public safety officers that meets monthly to review security issues and solutions. 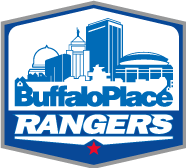 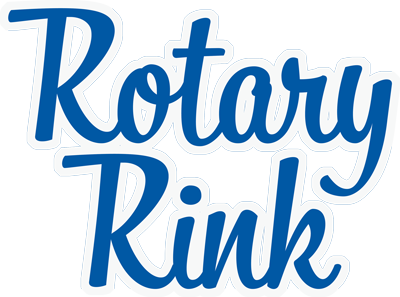