With the support of a competitive 2015 $18 Million TIGER VII grant, the City of Buffalo is progressing with final design and construction of the block between Exchange and Scott Street. ​ The design process, led by the Public Works Department, started in Summer of 2016 and it must be completed and ready for bidding by the end of 2016. ​ Construction of this section will start in Spring 2017 and with completion in fall of 2018.

The design team is led by DiDonato Engineering, who were also the lead consultants for preliminary engineering and 700, 600 and 500 Block sections. ​ Mathews Neilson will again provide streetscape design with engineering work by Mott MacDonald; Watts Engineering and Bergmann Associates. ​ Preliminary design concepts are being discussed and developed over the next months with updates posted here for review. ​ Please send any of your comments to Buffalo Place for forwarding to City Public Works and the design team at info@buffaloplace.com

Fountain Plaza and the 500 Block section of Main Street between Chippewa and Mohawk Streets was funded by a 2011 $15 Million TIGER III grant, and funds from New York State and the City of Buffalo. ​ The design team was led by DiDonato Associates and include Mathews Nielsen Landscape Architects, Foit-Albert Associates, and Parsons Brinckerhoff Engineers.

Main Street bike lanes in the 600 and 700 Blocks of Main Street will connect to existing bike network near the Buffalo River via shared bike/ automobile lanes on Chippewa Street, and then by signed and striped bike lanes on Pearl Street to be installed next summer when Pearl is converted to two-way. ​ Placement of bike lanes on Main Street south of Chippewa is problematic due MetroRail Stations and rail. ​ Bike lanes can not be placed in front of MetroRail stations because the gap along the rail, which is two feet from the boarding platform, can catch a bike tire. ​ Bicycles on the back side of MetroRail stations would conflict with pedestrians on the sidewalk. The north-south downtown bike route will be placed on Pearl, the adjacent street.

This City of Buffalo project was managed by the Public Works Department. The design team was led by DiDonato Associates, who were also the lead consultants for preliminary engineering. Team members include Mathews Nielsen Landscape Architects and Parsons Brinckerhoff Engineers. Many of the design elements used in this block will be familiar to visitors of the 700 Block of Main Street, including: sandstone exposed aggregate concrete sidewalks, the planter layout, plant materials, benches, trash receptacles and bike racks.

The 700 Block of Main Street reopened as a two-way street in July 2009, following construction on the east side during the Spring of 2009 and the west side the previous Fall. ​ Design elements first seen in the 700 block will be used for the length of Main Street, including street furniture, pavement and curb planters.

The 700 Block of Main Street is a “Complete Street” including bicycle lanes that will eventually link to the Buffalo Niagara Medical Campus in the north and the Erie Canal Harbor in the South. ​ The bike lanes will continue south on Main Street in the 600 Block and will connect to future bike lanes on Pearl Street via a shared lane on Chippewa. ​ Pearl Street bike lanes will be installed when Pearl is converted into a two-way street and will link the Theatre District to the existing bike path network at the Erie Canal Harbor.

The Federal Transit Administration (FTA) was the lead agency for the federal environmental review process which started in 2004, under the local leadership of the NFTA. ​ Following many years of work and draft environmental assessment reports, the FTA issued a Finding of No Significant Impact (FONSI) in October 2009, clearing the way for use of federal and state funding for final design and construction.

The City of Buffalo awarded a contract to DiDonato Associates in 2005 for Preliminary Engineering Design work for returning automobile traffic to Main Street. ​ NFTA and Buffalo Place worked with the City as project sponsors. ​ DiDonato Associates, located in the 600 block of Main Street, created a consultant team including: Foit-Albert Associates, from the 700 block of Main Street, URS Corporation, also located in Downtown Buffalo and Mathews Nielsen, a landscape architecture firm with several years of experience on the Erie Canal Harbor project. ​ The ten month project identified how automobiles will be integrated onto Main Street between Edward/Goodell and HSBC Arena.

The Preliminary Engineering Design phase included the design and location of the Metro Rail stations, design of attractive pedestrian-scale streetscape, how traffic signals and curb parking spaces will be incorporated and coordinate with developments on lower Main Street. The consultants collected base information, completed an engineering survey, designed a computerized traffic model to forecast vehicle and Metro Rail car behavior, and developed concepts for redesigned Metro Rail Stations and the streetscape. Final design of the first phase of construction, the Theatre District, will start in the summer of 2010.

Buffalo Place would especially like to thank Congressman Brian Higgins for securing $4 million and Senators Hillary Clinton and Charles Schumer for contributing an additional $2 million in Transportation funds - SAFETEA-LU. ​ Over the next few years, the Western New York community will have to work together with our State and Federal officials to obtain funding to complete construction of Main Street south of Chippewa Street.

​ The environmental review of the Main Street Multi-Modal Access and Revitalization Project under SEQRA was completed in early 2003 by the lead agency, the City of Buffalo Department of Public Works. ​ Buffalo Place participated as a project sponsor with the City of Buffalo, NFTA, Erie County, NYSDOT and the Greater Buffalo Niagara Regional Transportation Committee (GBNRTC). ​ A preferred alternative was selected following the previous year of detailed consideration of alternatives and their impacts on the economic and environmental health of Downtown. ​ The Downtown community was involved through numerous public meetings, web postings, email status reports and review by Downtown advocacy organizations. Buffalo Place was involved with outreach to property and tenant contacts as well as Downtown community advocates.

The preferred alternative is for vehicular traffic to share the trainway with Metro Rail. ​ Sufficient sidewalk width (20-26’) remains to retain the landscaping, benches and amenities that make Main Street a “Pedestrian Street” but the scale can be reduced to a more comfortable level. ​ Two lanes of vehicular traffic, narrowed Metro Rail stations and 150 curb parking spaces will add vitality during those off-peak hours that now appear desolate due to excessively wide sidewalks. ​ ERM Associates, the Environmental Review consultant, determined significant economic benefit from increased accessibility and visibility of Main Street properties.

The City of Buffalo, as the lead agency for the State Environmental Review Process, made the official determination of “No Significant Impact.” ​ A four-year implementation schedule developed with preliminary engineering design for the length of the transit mall to be done in the first year, followed by three phases of construction, per available funding. ​ One of the major conclusions is that each construction phase must be completed during one construction season so that businesses are not unnecessarily impacted.

Current work on Returning Vehicular Traffic to Main Street is the final engineering design between Tupper and Chippewa Streets. ​ The goal is for construction to follow in 2011 along with final design of the next construction phase. Buffalo Place will inform our constituents of the status of the project; request advocacy for funding when needed and work to communicate design and construction issues. ​ 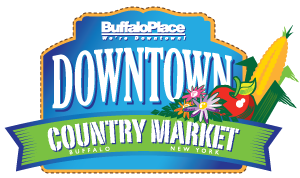